Domestic Violence: What If You Are the Abusive Spouse?

Criminal cases like domestic violence in Utah between spouses can be riddled with different versions of what happened. These situations lead to common instances of the defendant, thinking they are innocent of the crime. But what if you have been charged, and may have it wrong? What if you are an abusive spouse? This article is designed not to condemn defendants; after all, you are only guilty when proven by the court. We wish to help you understand the charges you may be facing and how to avoid potential charges in the future by considering your actions.

Signs that you are the perpetrator of abuse

The Utah Revised Statutes describes domestic violence as the act of physically and mentally abusing your family member or anyone in the household. The most common form of domestic violence in Salt Lake City include abuse between spouses. Usual acts carried out by the domestic violence perpetrator are punching, kicking, shoving, threatening, intimidating and any other methods meant to hurt the victim. Even sexual abuse and illegal detention are included here.

Am I abusive? Ask yourself this, evaluate if you are guilty of these actions against your spouse. Other signs that you might be the abusive one is your partner becoming fearful of you, taking the children away as much he or she can, or downright telling you that you are abusive.

One of the reasons some abusive spouses fail to grasp that they are responsible for domestic violence is that the abuse is done mentally, and this kind of abuse can take time to be noticed. Look at yourself and your spouse; you might both be undergoing mental abuse that can break your family apart. You can learn about your responsibility by checking if there is a change in your behavior and how you view your family.

Steps to take if you realize you are an abusive spouse.

Domestic violence is a severe matter in Utah, and it holds weighty consequences if you are found guilty of it. First domestic violence charges are misdemeanors and hold up to six months in jail and a fine that is not more than $1,000. If a domestic violence offense was made for the third time within seven years, a felony charge should be imposed, which, of course, brings a more massive set of penalties.

To avoid these consequences, resolve the issue within your family. However, you should know that domestic violence is a cycle. You can do the same thing again, even after reconciliation. This is why most domestic violence cases go into court because the victim can not finally take the cycle and go to law to end the abuse.

In Utah, there exist programs for domestic violence perpetrators. These particular programs are designed to help them unlearn their violent ways and gain sympathy for their spouses back. As a defendant, there is a probability of you being ordered by the court to attend such an intervention. Otherwise, you can attend it yourself as a first step to support yourself out of the abusive spouse stigma.

Even if you may have committed a violent act, you still have the right to defend yourself in court and hire a Salt Lake City criminal defense attorney. Note that the prosecutor assigned to the case will do whatever it takes to press you, especially if there are glaring pieces of evidence. Thus it would be best if you arm yourself with strong defenses.

You could counter allegations with arguments that no domestic violence happened or the accusations were made out of spite along with your legal defense. This is a serious crime as it has reeling records of injuries and deaths in the city and the State of Utah. Still, human beings are not invulnerable to errors, and sometimes the heat of the moment could get the better of you. If you think you are the abusive spouse and face charges, you must have a criminal defense attorney by your side to help acquit you of the charges or only let you go through punishments that will not completely tear you your family apart.

Domestic Violence and its Consequences 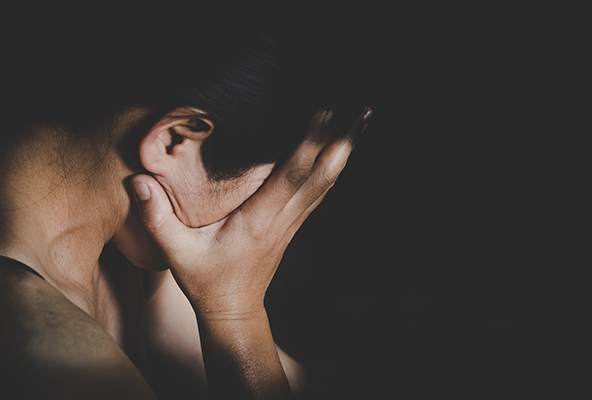 COVID's Effect on Domestic Violence  One of the most common themes that the experts keep touching...
Continue reading
by info@utahwebdesignpros.com

How a Domestic Violence Lawyer Can Help You

You may be asking yourself, “why do I need a defense attorney for my domestic violence charge?”...
Continue reading
by info@utahwebdesignpros.com